“Two nations divided by a common language” was how George Bernard Shaw described Britain and the USA. While there are differences between the English spoken in the UK and the USA, these two countries do understand each other perfectly well. This course will help you be consistent in your use of English.

By the end of the course you will be able to:

The difficulty for non-native learners of English is that there is no standard English form. Despite the many cross-cultural influences, it seems that the vocabularies, spellings and pronunciations of British and American English are diverging year by year. For example, if a Londoner tells a resident of New York that she has left her child’s dummy in the pram and its nappy in the boot, she will merely be greeted with a look of bewilderment. If the New Yorker then tells the London woman that she has nice pants, he may well wonder why she doesn’t seem to take his remark as a compliment.
Our American vs British English course will help you develop familiarity with both styles of communication and ensure you do not find yourself having difficulty understanding native speakers. This is necessary not only for the sake of communication, but often to avoid embarrassment! 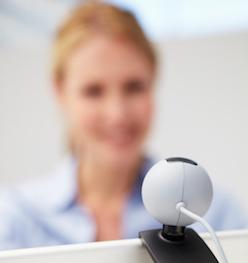 Contact us to arrange English lessons exclusively for your group.

Worry that you make mistakes when you write in English? Send us your work for proofreading.